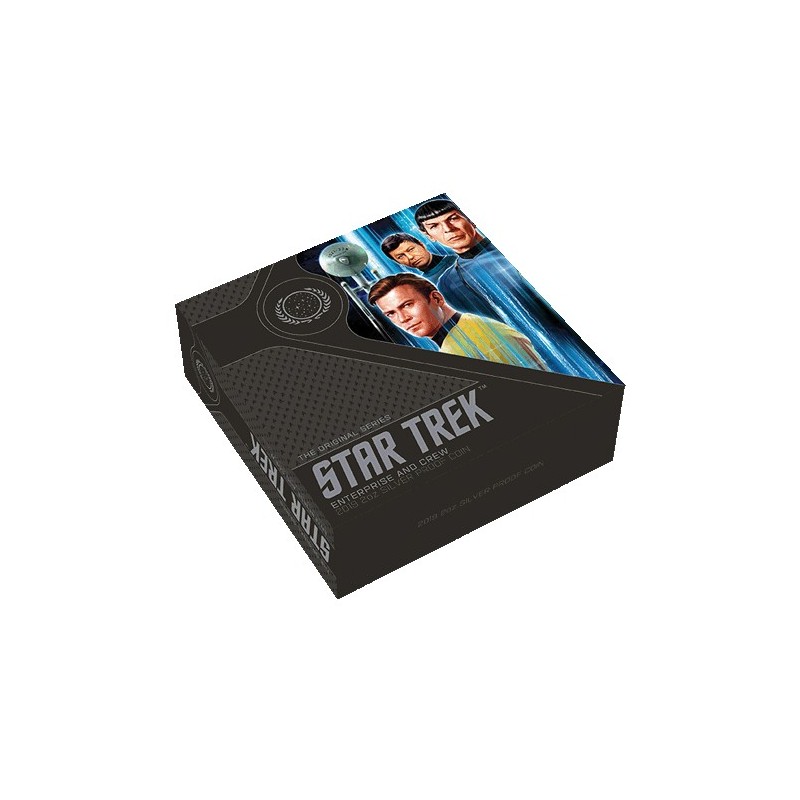 Struck by The Perth Mint from 2oz of 99.9% pure silver in proof quality, each coin is issued as legal tender under the authority of the Government of Tuvalu.

The Perth Mint will release no more than 1,250 of the Star Trek : Enterprise & Crew 2oz Silver Proof Coins.

The coin's reverse features a coloured representation of William Shatner as Captain Kirk, Leonard Nimoy as Spock and DeForest Kelley as Bones as they appeared in Star Trek : The Original Series, as well as a representation of the USS Enterprise NCC1701 starship depicted against the outline of the Starfleet insignia shape known as the 'delta'. The Star Trek : The Original Series logo and The Perth Mint's traditional 'P' Mintmark also appear on the design.

The coin's obverse features the Ian Rank-Broadley effigy of Her Majesty Queen Elizabeth II, the monetary denomination and the 2019 year-date.

The coin is presented in a special edition Star Trek themed display case which lights up in blue when the lid is opened.

Each coin is accompanied by a numbered Certificate of Authenticity.