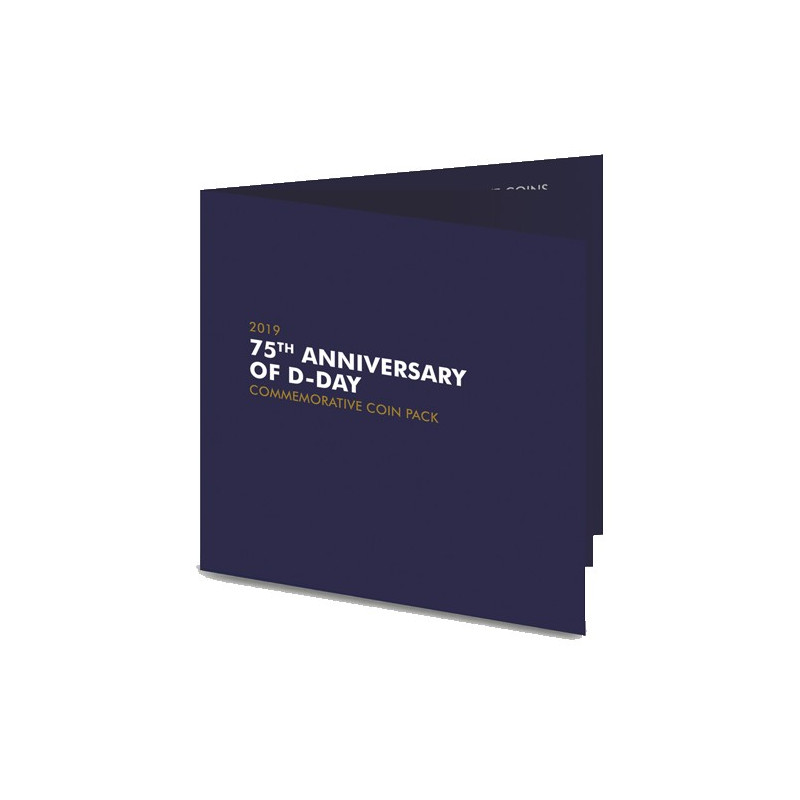 On 6 June 1944 a vast Allied force landed on the beaches and fields of Normandy, northern France, to liberate German-occupied France.

The 75th Anniversary of the historic event, known as D-Day, is commemorated with this four-coin set created in collaboration between the Royal Mint, the Royal Australian Mint, the Royal Canadian Mint and the Royal Dutch Mint.

In 1940 Nazi Germany succeeded in occupying most of Europe. The D-Day landings of 6 June 1944 were part of a larger operation to liberate western Europe from Nazi control. The operation, code named 'Neptune', involved a vast military Allied force including air and naval forces. Years of preparation and planning went into the operation, carried out by British, American and Canadian troops with support from Australia, mainly in the form of air operations.

The landings resulted in over 10,000 Allied casualties, however over 850 troops along with vehicles and supplies were successfully landed.

The set includes special coins from the Royal Mints of the UK, Australia, Canada and the Netherlands. Each coin design features aspects of the successful D-Day invasion.

Each coin design reflects aspects of the successful D-Day landings.

Australia's reverse features the Australian air and naval forces, with a kangaroo at the bottom of the image, with the obverse featuring the effigy of Her Majesty Queen Elizabeth II designed by Ian Rank-Broadley.

Other coins are legal tender of the UK - Pound, Belgium - Euro and Canada - Canadian Dollar