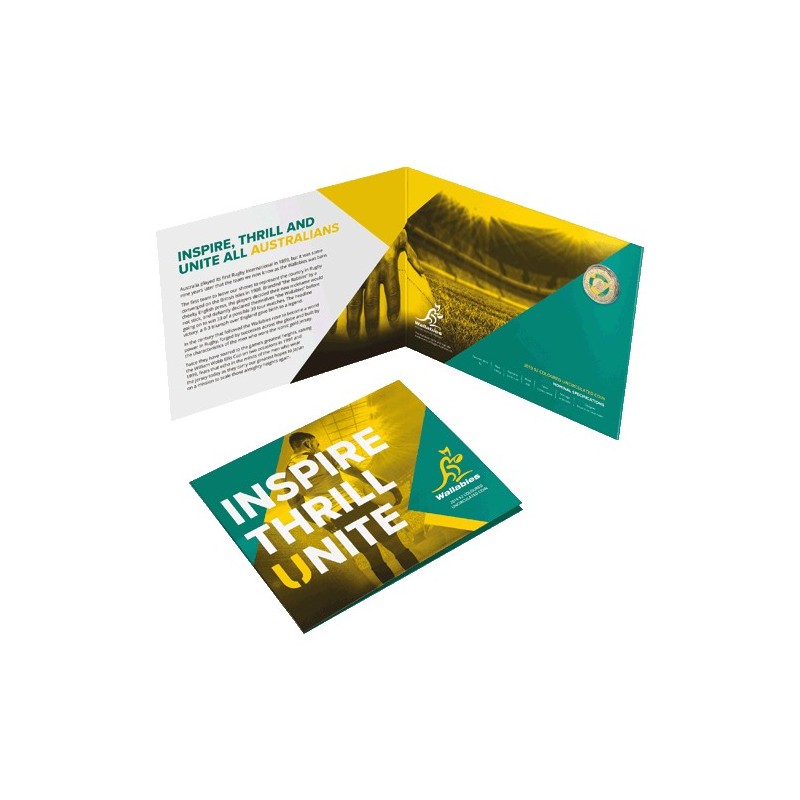 Australia played its first Rugby International in 1899, but it was some nine years later that the team we now know as 'the Wallabies' was born.

The first team to leave our shores to represent the country in Rugby converged on the British Isles in 1908. Branded 'the Rabbits' by a cheeky English press, the players decided their new nickname would not stick, and defiantly declared themselves 'the Wallabies' before going on to win 33 of a possible 39 tour matches. The headline victory, victory, a 9-3 triumph over England gave birth to a legend.

In the century that followed, the Wallabies rose to become a world power in Rugby, forged by successes across the globe and built by the characteristics of the men who wore the iconic gold jersey.

Twice they have soared to the game's greatest heights, raising the William Webb Ellis Cup on two occasions in 1991 and 1999, feats that echo in the minds of the men who wear the jersey today, as they carry our greatest hopes to Japan on a mission to scale those almighty heights again.

The coin obverse features an effigy of Her Majesty Queen Elizabeth II designed by Ian Rank-Broadley.