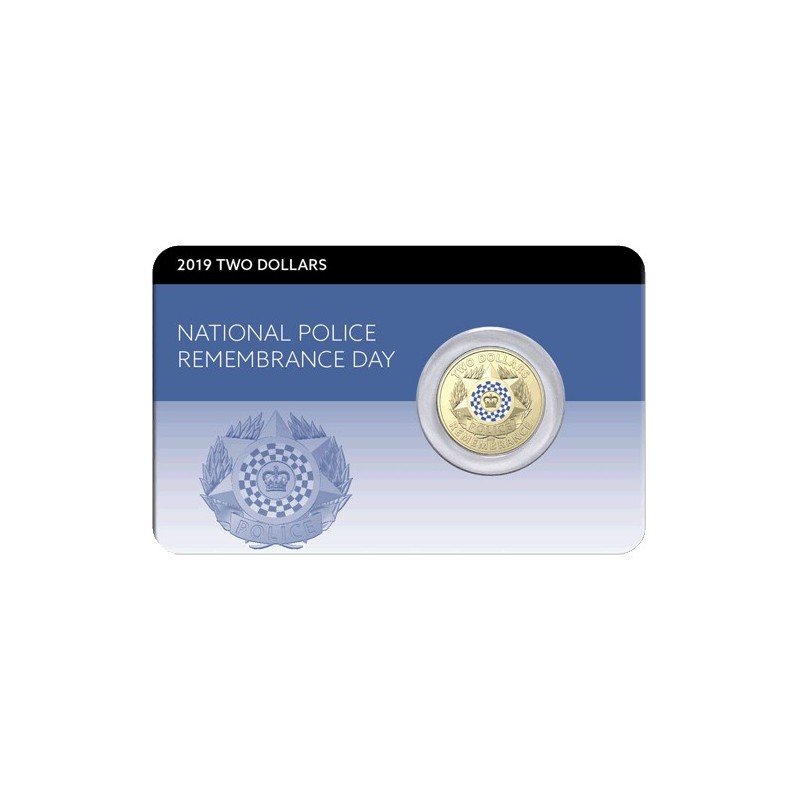 This 2019 $2 Coloured Uncirculated Coin commemorates this anniversary and recognises the sacrifices made by Australia's police forces from the past to the present day.

The Royal Australian Mint has created this 2019 $2 Coloured circulating Coin to commemorate the 30th anniversary of National Police Remembrance Day, and to honour Australia's police forces.

This is the coloured circulating coin.

Certificate of Authenticity : Coin Struck by The Royal Australian Mint