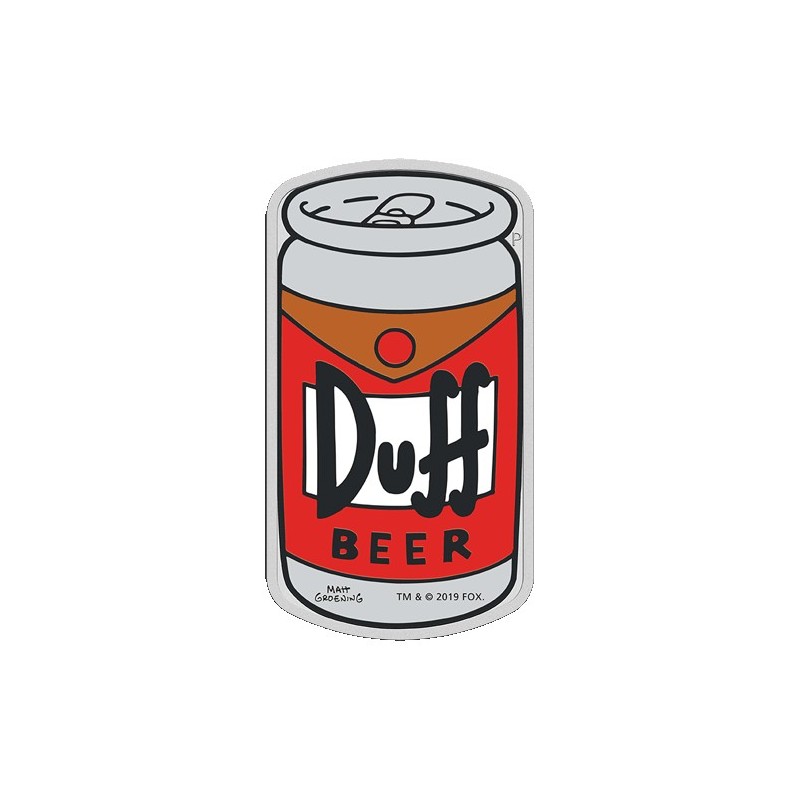 The seventh release in The Perth Mint's exclusive The Simpsons coin program, this brightly coloured shaped coin features a Duff beer can, Homer Simpson's drink of choice and the most popular beer in his fictional home town of Springfield.

This coin's reverse portrays a coloured image of a Duff Beer can, Homer Simpson's drink of choice and the most popular beer in Springfield. Included in the design is Matt Groening's signature and The Perth Mint's 'P' Mintmark.