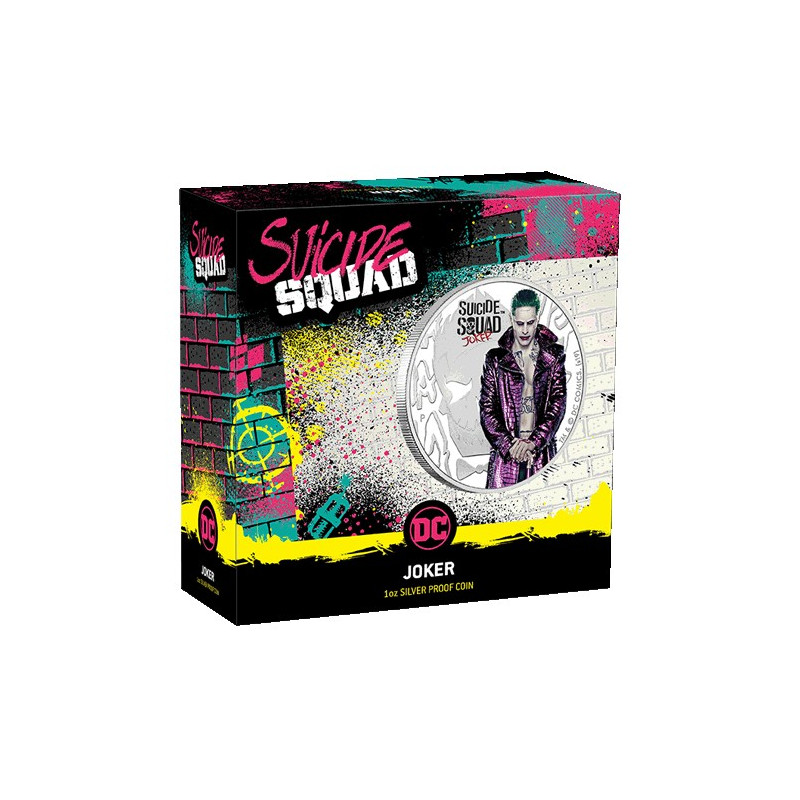 - Jared Leto as The Joker - Reverse

The Joker stands as one of the most recognisable and popular comic book villains in pop culture history. Unpredictable and incredibly dangerous, Batman's arch nemesis was created by Bob Kane and Bill Finger and bought to life by artist Jerry Robinson.

The Joker made his debut in the Batman #1 Comic in 1940 and today stand as one of the most recognisable and popular villains in pop culture.

The Perth Mint will release no more than 5,000 of the Suicide Squad - Joker 2019 1oz Silver Proof Coins.

The coin's reverse features a coloured image of Suicide Squad's Joker leaning on a cane and staring ominously at the viewer against a stylised background of The Joker's icon in the film. Also included in the design is the Suicide Squad logo, the inscription 'JOKER' and the Perth Mint's 'P' Mintmark.

The coin is housed in a classic display case. Packaged within an illustrated shipper, each coin is accompanied by a numbered Certificate of Authenticity.