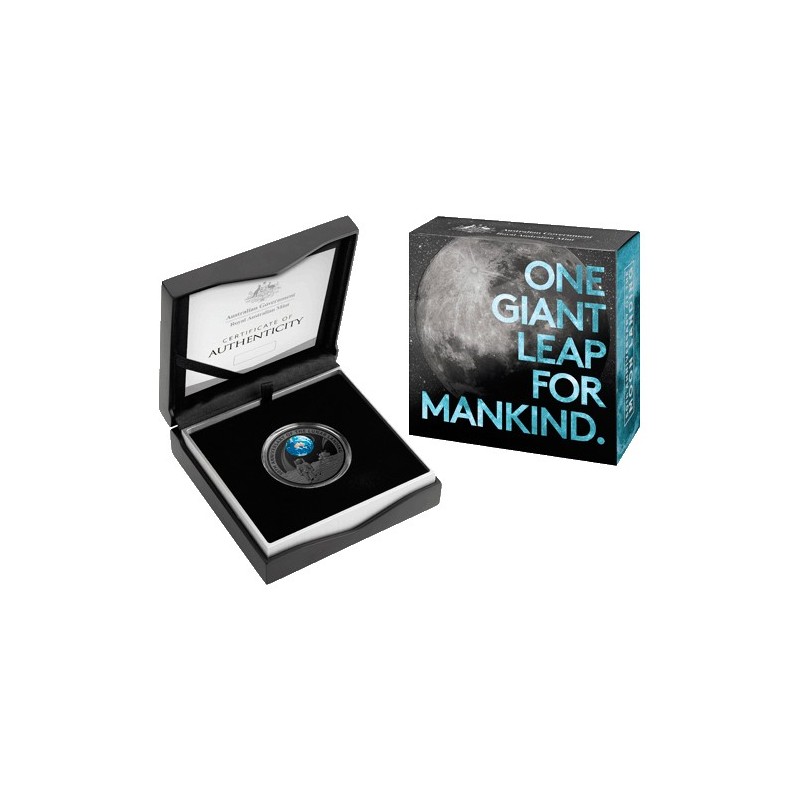 In 2019, we mark the 50th Anniversary of one of the most significant moments of human endeavour, and celebrate the Australian technology and ingenuity that allowed the world to share for the first time that a human walked on the Moon.

For 50 years the televised moon walk of the Apollo 11 lunar mission has been remembered as an historic moment. Regarded as one of humanity's most significant achievements, the goal of Apollo 11 was to land a man on the Moon and return him safely to Earth.

The Lunar Module Eagle landed on the Moon, in the Sea of Tranquillity, on 21 July 1969 (AEST). A few hours later, Commander Neil Armstrong, followed by Lunar Module Pilot Edwin 'Buzz' Aldrin, became the first humans to walk on the Moonn's surface.

Television of the moon walk was transmitted to 600 million viewers, and two radio antennas in Australia were an integral part of this historic event. Based in Honeysuckle Creek ACT and Parkes NSW, these 'dishes' and their Australian operators were in position to receive and transmit the television images of the moon walk.

Each coin is struck from one ounce of silver finished to the Mint's high quality proof standard.

The Domed coin design captures the excitement of the historic lunar landing and features colour print and nickel plating.

The Reverse of the coin features Apollo 11 astronaut and the lunar module, Eagle, at Tranquility Base, with the Earth visible in the sky.

The coin's obverse features the historic Parkes antenna pointed at the Moo, along with the effigy of Her Majesty Queen Elizabeth II sculpted by Ian Rank-Broadley.

Each coin comes with a Numbered Certificate of Authenticity and is presented in a case with outer box.