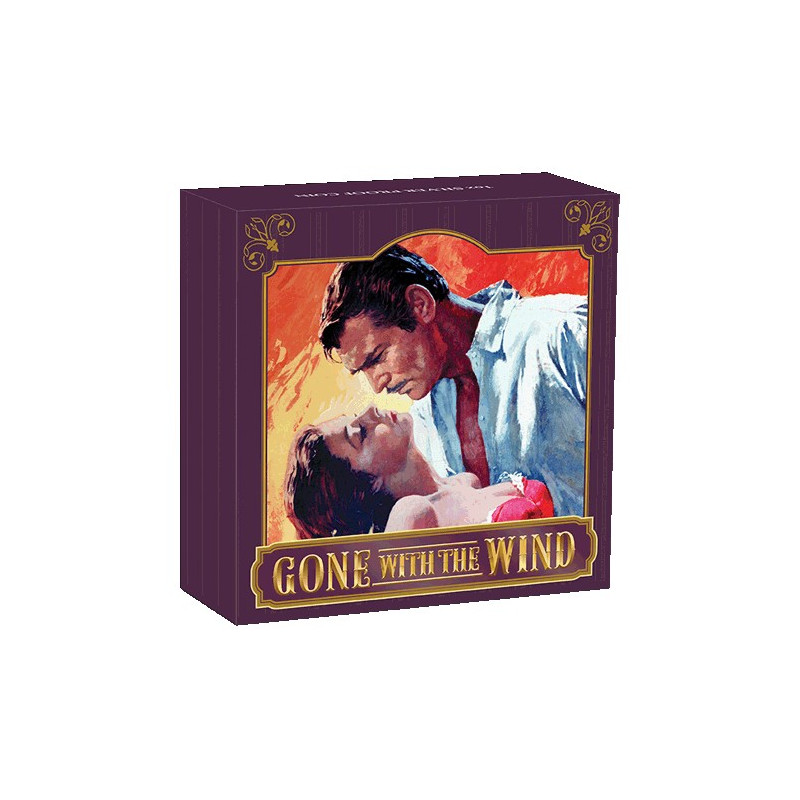 Widely regarded as a cinema masterpiece, Gone with the Wind, released in December 1939, is a classic American Civil War drama remembered for its romance between southern belle Scarlett O'Hara and rogue adventure Rhett Butler.

Base on the best selling novel by Margaret Mitchell, it won eight Academy Awards and remains one of the biggest box office hits of all time.

The Perth Mint will release no more than 5,000 of Gone with the Wind 80th Anniversary 1oz Silver Proof Coins.

The coin's reverse features a coloured depiction of Scarlett and Rhett from the movie's iconic poster. The Gone with the Wind logo, inscription 80 YEARS and a silhouette representation of the Tara plantation, along with The Perth Mint's 'P' Mintmark.