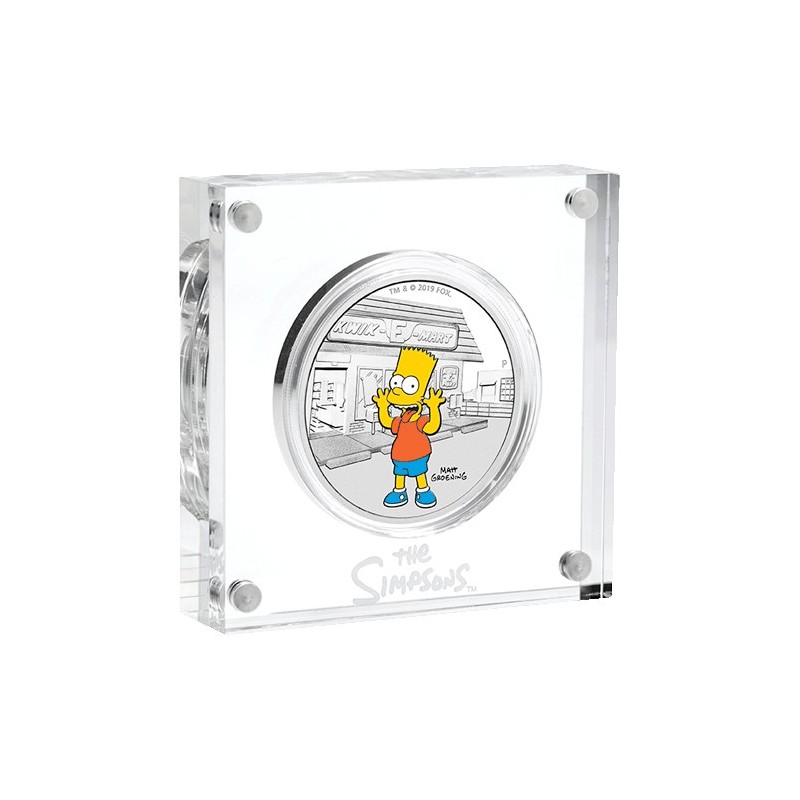 The Perth Mint will release no more than 5,000 of The Simpsons - Bart Simpson 2019 1oz Silver Proof Coins.

The coin's reverse features a coloured image of Bart Simpson against a backdrop of Springfield's local convenience store, the Kwik-E-Mart, along with The Perth Mint's 'P' Mintmark and Matt Groening's signature.