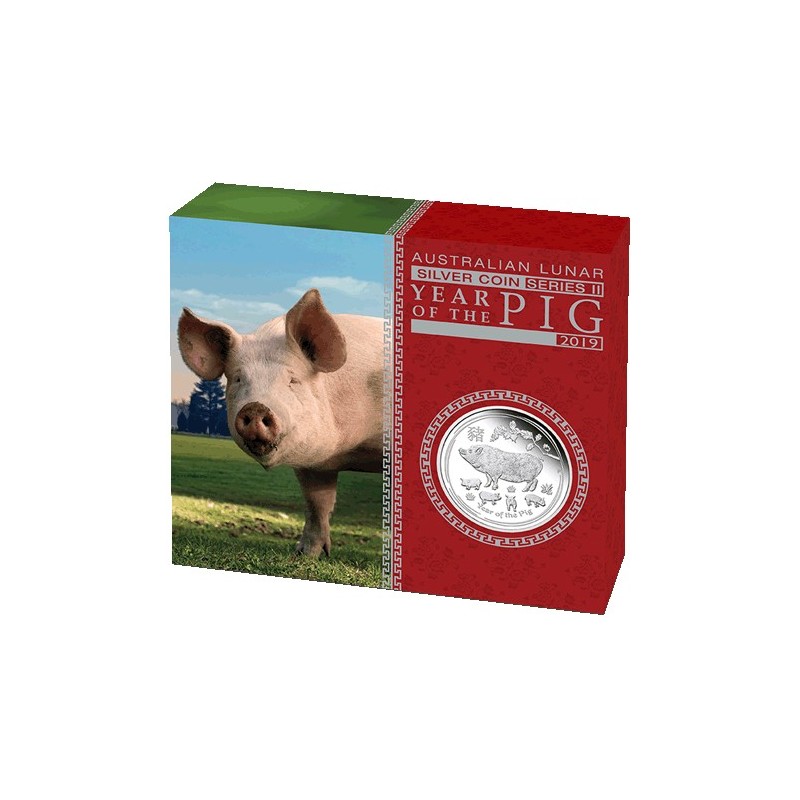 In 2019, The Perth Mint's internationally renowned Australian Lunar Silver Proof Series II celebrates the Year of the Pig, the twelfth animal in the 12-year cycle of the Chinese zodiac.

Those born under the influence of this sign are said to be honest, loyal, sincere and generous with a calm temperament.

The reverse of the coin features a representation of a domesticated or pet pig, which are typically pink with black markings, along with four piglets, amid stylized foliage. The Chinese character for 'pig' and the inscription 'Year of the Pig' also appear in the design with The Perth Mint's traditional 'P' Mintmark.

The Ian Rank-Broadley effigy of Her Majesty Queen Elizabeth II, the 2019 year-date, and the monetary denomination are featured on the obverse of each coin.

Each individual coin is housed in a stylish red and black presentation case and themed shipper, accompanied by a numbered Certificate of Authenticity.