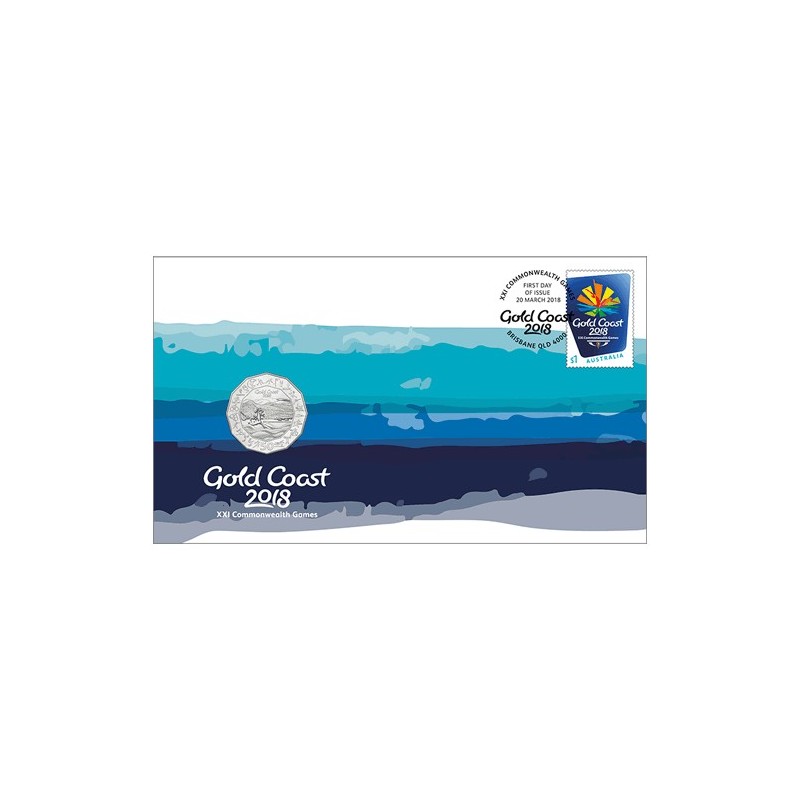 The XXI Commonwealth Games held on the Gold Coast will be the first time a regional city in Australia has hosted the Games.

In 1930 the Commonwealth Games ran for the first time in Canada, attracting around four hundred athletes. In 2018, more than eight decades later, the XXI Commonwealth Games will be held in Australia attracting over six thousand athletes. Historically numismatic programs have shone a light on the appetite Australians have for the commemoration of competition at the international level.

Coin programs celebrating the Olympics, Commonwealth Games as well as the 2016 Australian Olympic Team are all sought-after items.

This coin and stamp cover is the perfect opportunity to collect a memento of this exciting time in Australian sports history.

The coins obverse features the effigy of Her Majesty Queen Elizabeth II designed by Ian Rank-Broadley.