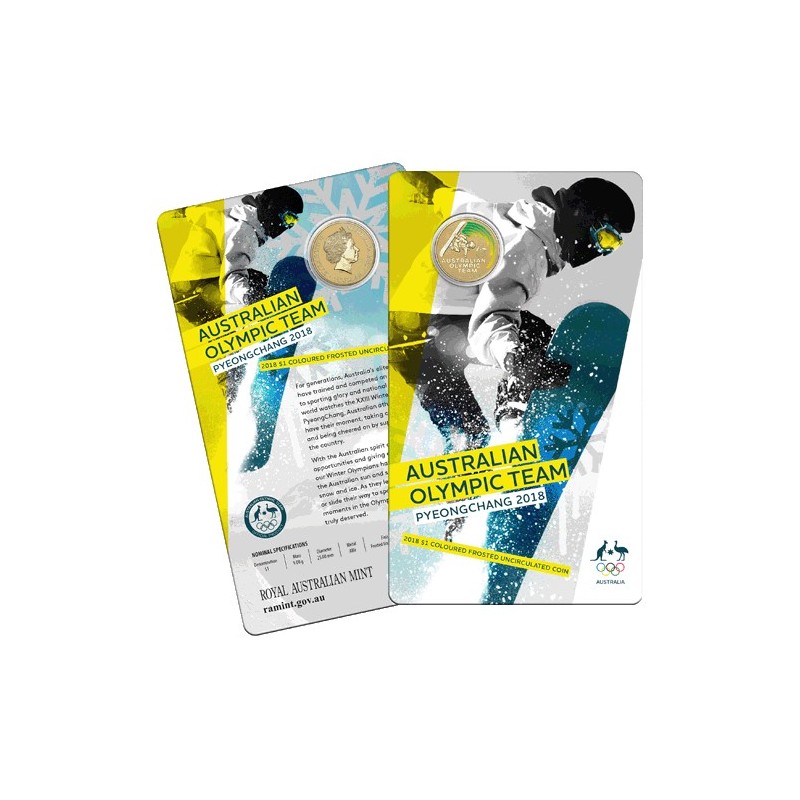 As Australia's Winter Olympians make their way to PyeongChang, a proud nation is set to cheer them on.

This colour-printed coin is a perfect affordable souvenir of the Games, cherished by coin collectors, sports fans and those with a special affinity for the snow.

The International Olympic Committee has hosted the Winter Olympic Games since 1924, with the first event held in Chamonix, France. Athletes renowned for their supremacy on the snow and ice have captivated spectators, becoming heroes through their dedication and sporting excellence.

While the event may seem like an odd match for the Australian lifestyle of sun and surf, our country has sent athletes to the Winter Olympics since 1936. As part of the Australian spirit of facing new opportunities and giving everything a go, our athletes have participated with admirable spirit and determination.

After many years Australia first earned a place on the medal tally in 1994, when the men's 5000m metres short track relay speed skating team won bronze. Two gold medals finally came AUstralia's was in 2002, contributing to our total of 13 Winter Olympic medals.

In 2018, PyeongChang will be hosting the XXIII Winter Olympics, with the slogan "Passion Connected". Reflecting the athletes' journey cheered on by a proud nation.

Each coin is packaged in a presentation card featuring exciting artwork and describing AUstralia's commitment to the XXIII Winter Olympic Games.

The coin's reverse features a stylised snowboarder in mid-flight accentuated with flashes of colour.

Each coin is issued as Australia Legal tender.