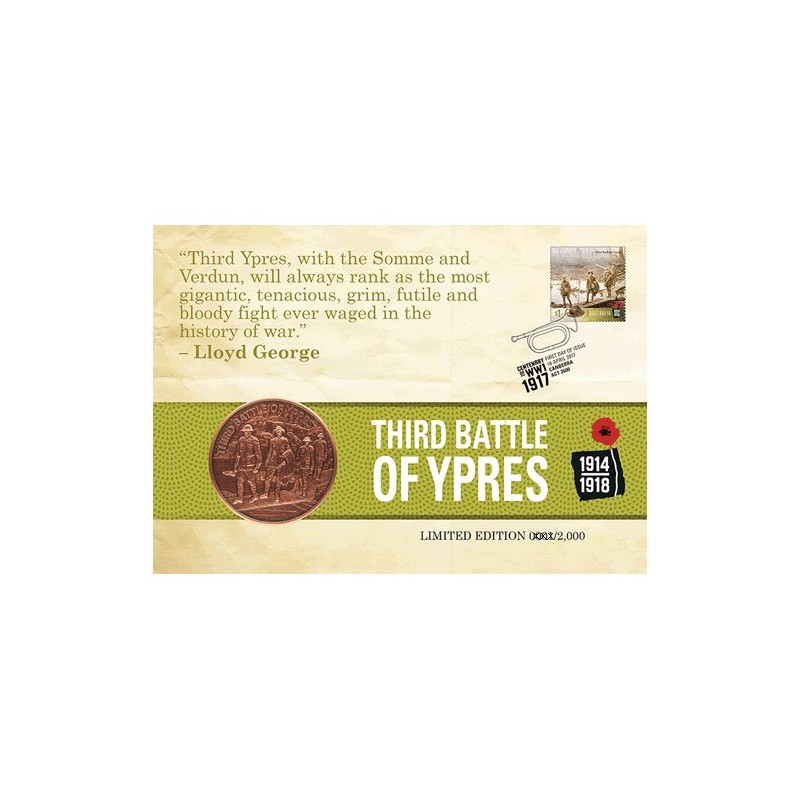 A key goal for allied forces in 1917 was to occupy Flanders and remove the Germans from the Belgian coastline. In an attempt to break out of the so-called Ypres Salient, British forces first had to occupy the Messines ridge at the region's southern end, which fell in a well-planned offensive in early June. The Australians fought a series of actions in the following months in an offensive that became known as the Third Battle of Ypres.

Although costly in casualties, the actions fought by the Australians were highly successful in capturing the ground they set out to take. Fierce battles waged at Menin Road, Polygon Wood and Broodseinde were well supported by massive amounts of artillery that aided the infantry in their attacks.

By the time the Australians reached the village of Passchendaele, the low-lying terrain torn up by weeks of shellfire had turned into a morass, making it diffuculty to bring the guns forward. Autumn rains set in, and along with stubborn German defence the conditions became untenable. After two attempts to capture Passchendaele, the exhausted Australians eventually handed over the Canadian troops.

Between July and November 1917, allied troops lost half a million men in the Third Battle of Ypres - 38,000 of them were Australian.

This Third Battle of Ypress Limited Edition medallion cover is scarce and highly sought after.