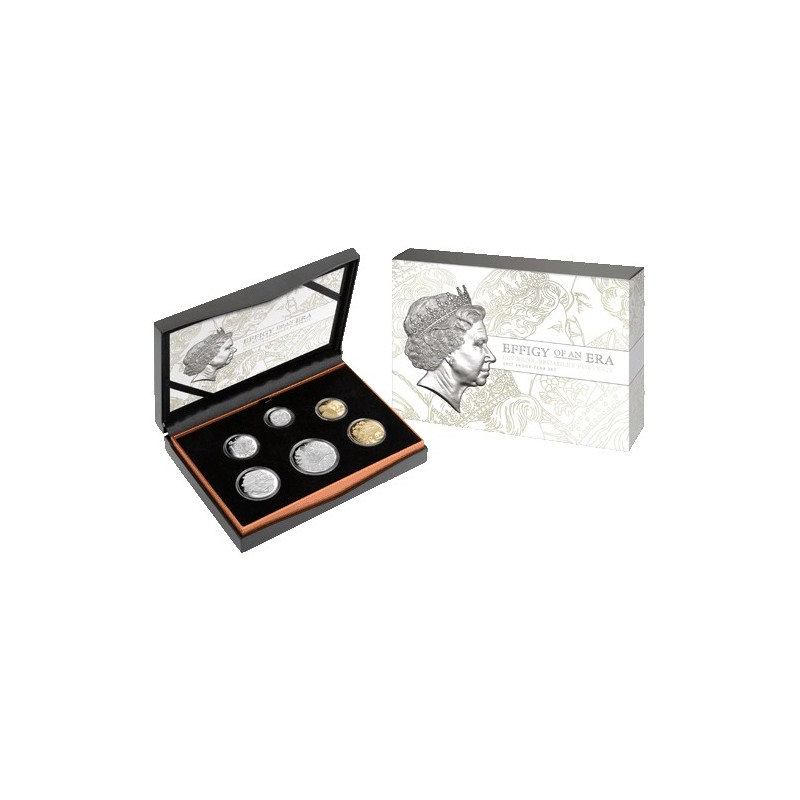 Recent years have seen the passing of important milestones related to the Royal Australian Mint and decimal currency in Australia, these themes have appeared on our coins in spectacular fashion.

One constant among all Australian coins since 1953 has been the likeness of Her Majesty Queen Elizabeth II, appearing on the obverse side of our coin currency.

Along with the current standard design 2017 proof coins in this set, the Royal Australian Mint is proud to offer this prestigious annual collection featuring the portraits of Her Majesty on the packaging which have adorned Australian coins since decimal currency was introduced in 1966.

While not mandatory under Australian currency law to use the obverse design selected for British currency, it has evolved as a traditional practice rooted in our colonial past. Heading into its 19th year of circulation, Ian Rank-Broadley's effigy of Her Majesty Queen Elizabeth II will equal the run of designed Arnold Machin OBE RS, his effigy of Her Majesty circulated from 1966-1984.

The first effigy of Her Majesty to appear on Australian coins was produced by Mary Gillick, her calm portrayal of Her Majesty in contrast to the prior styles of effigy in use won her support at the Royal Mint, with the effigy being introduced in 1953.

See all four effigies of Her Majesty reproduced on the outer packaging of this set.

These year sets have been produced since 1966 and are indispensable in every collection.

This set represents a return to the traditional circulating designs in 2017.

Packaged in a striking tribute to the beautiful designs featured on the obverses of Australian coins since 1966.

Each coin is struck to the Royal Australian Mint's world class proof standard.