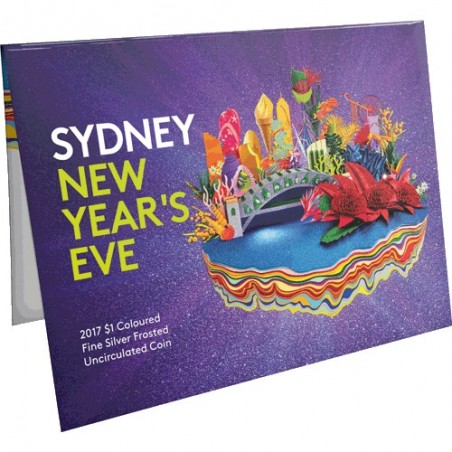 At the stroke of midnight on 31 December each year, Sydney Harbour is transformed into a wonderland of fireworks and light as Sydney becomes one of the first major cities in the world to welcome in the New Year.

As the fourth release in the Sydney New Year's Eve Coin Series, this stunning design is sure to be popular with collectors, New Year's Eve revellers and tourists.

Originally set against the backdrop of the Harbour Bridge, Sydney's New Year's Eve (NYE) fireworks, music and light displays now extend to the Opera House and much of Sydney Harbour.

First televised in 1996-97, the event is now enjoyed by millions of people each year as they await the arrival of the New Year in their own part of the world.

The City of Sydney and the Royal Australian Mint have teamed up to capture th essence of Sydney's NYE celebrations in a fine silver frosted uncirculated coin.

As the fourth coin in this celebratory series, the design is a work of art reflecting the brilliance, colour and spirit of that magic moment when the New Year arrives.

The Sydney New Year's Eve Coin Series has a loyal following of collectors who look forward to adding a magnificent new coin to their collection each year.

Each coin is packaged in a folded presentation card featuring the artwork of Sydney artist and paper engineer, Benja Harney.

The obverse design features the effigy of Her Majesty Queen Elizabeth II by Ian Rank-Broadley. 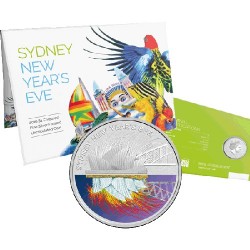