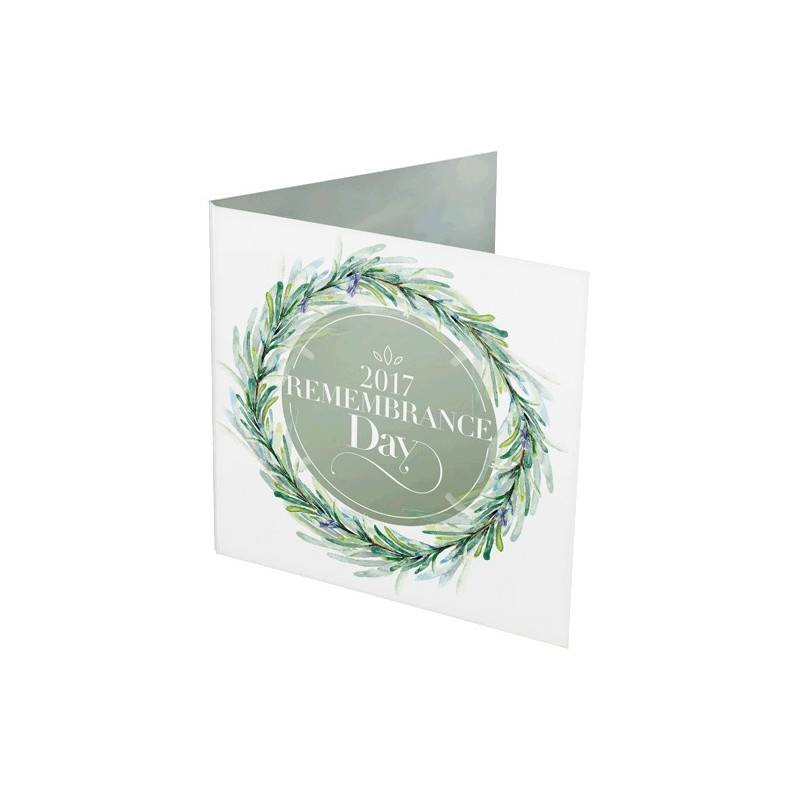 The distinctive pointed leaves and purple flowers of the herb rosemary make a moving and evocative design on this collectible version of the 2017 Remembrance Day coin.

Featuring a 'C' for Canberra mintmark, this coin will be popular amongst history and military enthusiasts along with the families of those who served.

Rosemary is believed by many to have memory enhancing properties. For this reason it has been used in art and poetry for centuries as a symbol of remembrance. Australians continue this tradition by wearing sprigs of rosemary on Remembrance Day and Anzac Day as a way to commemorate those who have died in active service and other military operations.

Remembrance Day is held on 11 November each year and marks the anniversary of the Armistice that brought an end to the First World War in 1918.

As the centenary of this Armistice draws near the Royal Australian Mint has continued this tradition of commemorating this day of national reflection with a beautifully coloured $2 coin.

The coin features an artistic depiction of rosemary leaves and flowers.

This coin has been released to coincide with Remembrance Day 2017, and this coin is the uncirculated version of the coloured circulating coin being randomly released into change.

Features a 'C' Mintmark which will not be seen on the circulating edition, each coin is presented in a coloured folded card.