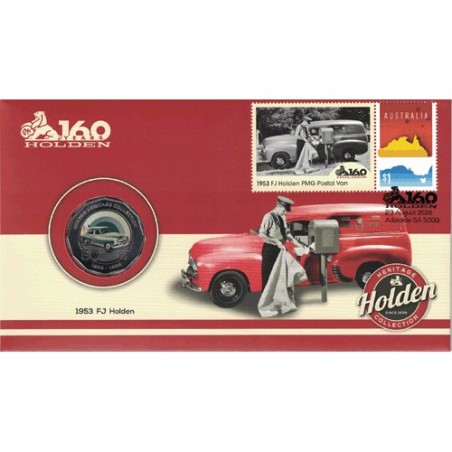 The much anticipated FJ Holden was announced on 29 October 1953.

The much anticipated FJ Holden was announced on 29 October 1953.

It quickly became part of the Australian way of life and the car most associated with the Holden image.

Known at the time as the 'New Look' Holden, the FJ was essentially a revamped version of the first Holden sedan, the 48-215 (FX) released in 1948.

The FJ was available in three sedan versions - the Standard, the Business and the Special.

The first Holden Panel Van, based on the utility, with an elongated roof and an upper tailgate, made its debut in December 1953, and was soon utilised by the Postmaster-General's Department as a postal delivery van.