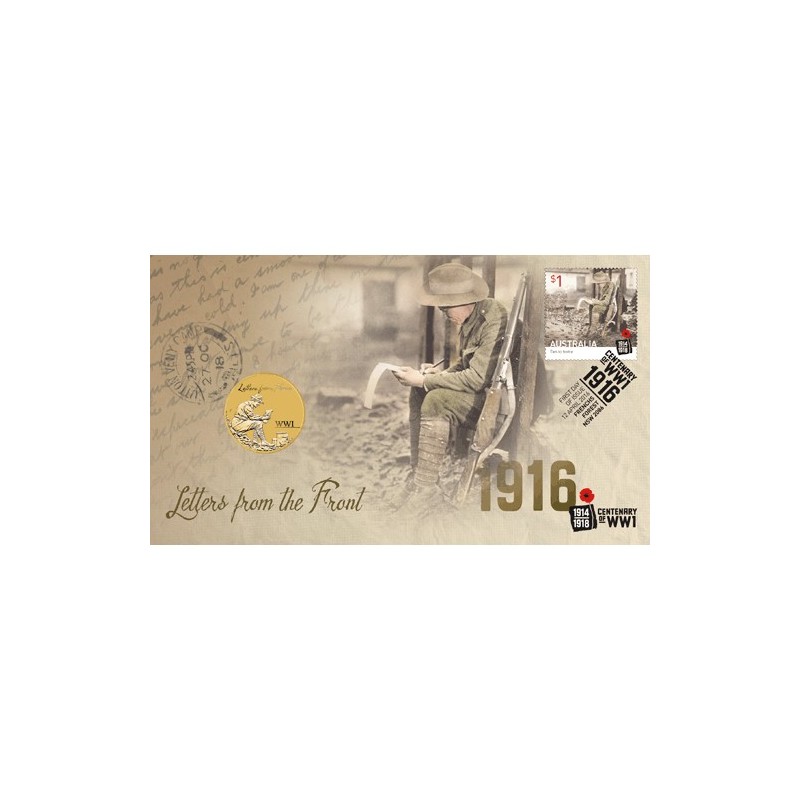 Letters were the vehicles for connecting soldiers with the home front during WWI.

Letters were the vehicles for connecting soldiers with the home front during WWI.

When a soldier’s return is no sure thing and the welfare of that loved one is never far from mind, messages of love, life and family, along with packages of necessities and small luxuries helped ease the hardship of life on the Western Front.

The Perth Mint and Australia Post have released this PNC to commemorate the work of postmen during WWI. Issued as legal tender under the Australian Currency Act 1965, the uncirculated aluminium bronze coin is housed in a beautifully designed card with a circular window revealing the coin’s reverse and obverse designs. The coin’s reverse features a soldier reading a letter with a billy tin care package at his feet.

The design includes the inscription ‘Letters from Home’ and WWI, along with The Perth Mint’s ‘P’ Mintmark. The Ian rank-Broadley effigy of her Majesty Queen Elizabeth II, the 2016 year-date and the monetary denomination are featured on the coins’ obverse.

Affixed to each envelope is an official Australia Post $1.00 stamp. The stamp is postmarked for the first day of issue 12 April 2016 – Frenchs Forest NSW 2086 along with the Australia Post’s Seal of Authenticity.