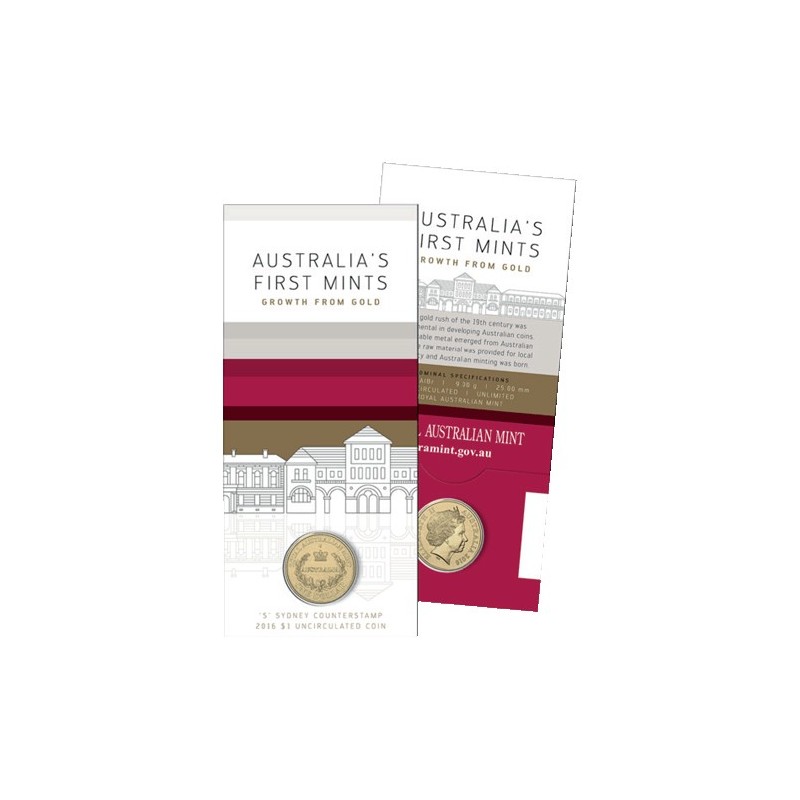 The Royal Australian Mint's 2016 gallery press pays tribute to the sovereigns that were minted as a result of Australia's gold rush.

The Royal Australian Mint’s 2016 gallery press coin pays tribute to the sovereigns that were minted as a result of Australia’s gold rush.

As the Royal Australian Mint’s mobile press travels to Sydney, this coin has a special significance for the city, adorned with an ‘S’ Counterstamp, and replicates the sovereigns that were struck at the Sydney Mint in those days long ago. Throughout the 19th Century, Australian currency was an assortment of foreign coins, promissory notes and rum trades. The gold rush of this era became a pivotal event for Australian society, assisting in the development of both a form of currency and a unique identity.

The Adelaide Assay Office was established in 1852, and in its short life produced gold ingots and Australia’s first gold coin, the Adelaide Pound. Official branches of the Royal Mint opened in Sydney in 1855, Melbourne in 1872 and Perth in 1899, producing sovereign and other pre-decimal coins. The Royal Australian Mint opened in 1965, and superseded other Australian mints to become the sole producer of the country’s decimal coins.

For several years few, a highlight in visiting the Royal Australian Mint has been the gallery press. Here visitors can strike their own coin which celebrates an event of tradition of national significance. A celebration of Australian society’s growth from the 19th century gold rush.

A special edition of the 2016 Royal Australian Mint gallery press coin, featuring an ‘S’ for Sydney Counterstamp. The coin’s reverse emulates a Sydney Mint sovereign design. Available only from the Sydney Royal Easter Show. The coin’s obverse features the effigy of Queen Elizabeth II designed by Ian Rank-Broadley. Each coin is issued as Australian legal tender.