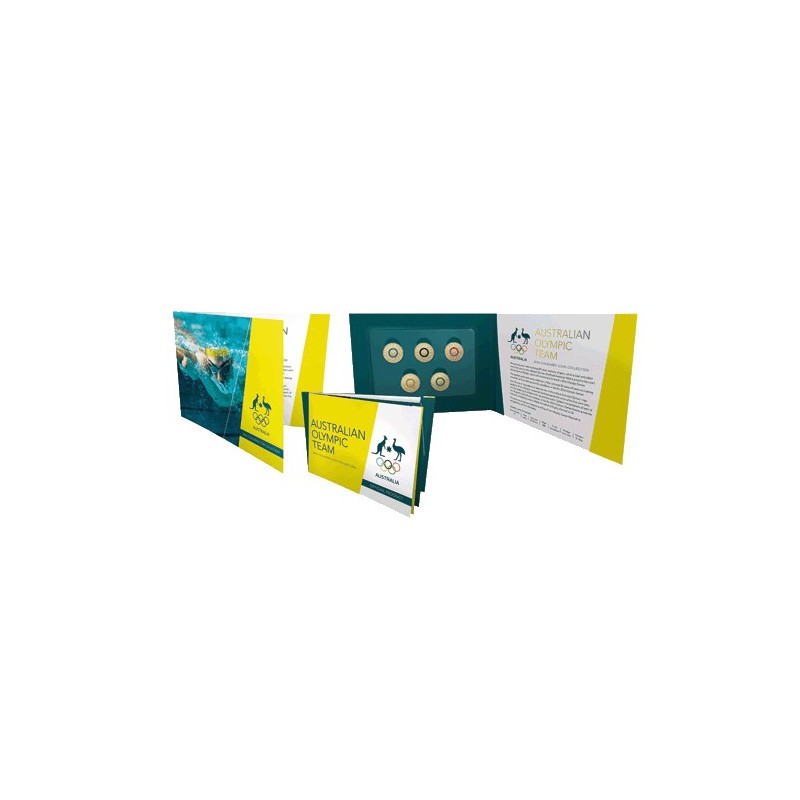 Recognising our nation’s strong affiliation and love of sport, which is best embodied every four years at the Olympic Games, the Royal Australian Mint is proud to be a part of sharing the Olympic spirit with Australians for the Rio 2016 Olympic Games.
Five coloured $2 commemorative coins will be packaged in special coin collection folders and highly sought after, serving as a special keepsake.

In August 2016, Australia will unite to cheer on our sporting elite as they take centre stage in the Rio 2016 Olympic Games. This year’s host city Rio de Janeiro is the first South American location for the Games since their inception.
Many new athletes will be introduced to the world’s greatest sporting competition, joining the time-honoured tradition of displaying national pride, sportsmanship, determination, hope and inspiration on the world stage.
For 120 years Australian Olympics have inspired our nation with their journey towards excellence and this year the 2016 Australian Olympic Team will have the chance to become part of this Olympic history. As an official partner for the 2016 Australian Olympic Team, the Royal Australian Mint has released these inspirational commemorative coloured coins to capture the Olympic spirit for years to come.

This special commemorative collection of five coloured $2 coins will serve as a lasting memento of Australia’s pursuit for excellence in the Rio 2016 Olympic Games.

Each $2 coin in the collection features one of the colours from the Olympic rings, symbolic of the Olympic movement and represents the union of the five continents and the meeting of athletes from around the world.

Stylised interpretations of each of the 28 sports that will be contested at the Rio 2016 Olympic Games feature across the five coins, including some multiple disciplines bringing the total to 32.

The coin collection folder includes an information booklet about the 2016 Australian Olympic Team and coin collecting.

The coin obverse features an effigy of Her Majesty Queen Elizabeth II designed by Ian Rank-Broadley.

Specifications of Each Coin