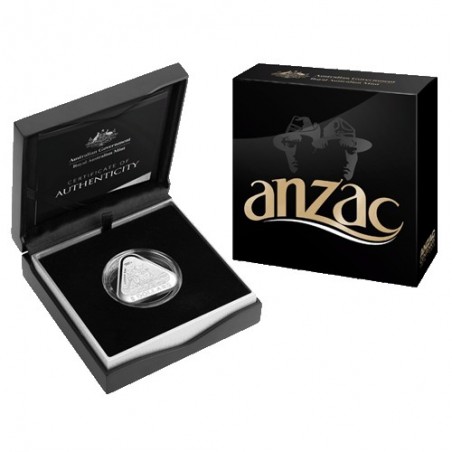 Anzac Day 2015 will be an especially poignant even for Australians and New Zealanders, the 100th Anniversary of Gallipoli and the ANZAC legend.

Anzac Day 2015 will be an especially poignant even for Australians and New Zealanders, the 100th Anniversary of Gallipoli and the ANZAC legend.

To commemorate this occasion, The Royal Australian Mint will release a stunning silver proof triangular coin, which will appeal to coin collectors, military enthusiasts, and families of service people. At the outbreak of the First World War in 1914, Australia was a young and developing nation. After federating just nineteen years earlier, the country was determined to make its mark on the global stage and contribute to the war effort.

Australia joined forces with its close neighbour New Zealand, to capture the Gallipoli peninsula and ensure the Dardanelles strait was open to the allied navies. The Australian and New Zealand forces landed on Gallipoli on 25 April 915, experiencing battles which would change both countries forever.

The union between these two countries was born on geographical closeness. The experiences on the battlefields ensured that it continued with the enduring qualities of friendship, shared history and pride in the courage and sacrifices of the original ANZACs, Many made the ultimate sacrifice in the war zones, but left the distinguished legacy of the Anzac legend.