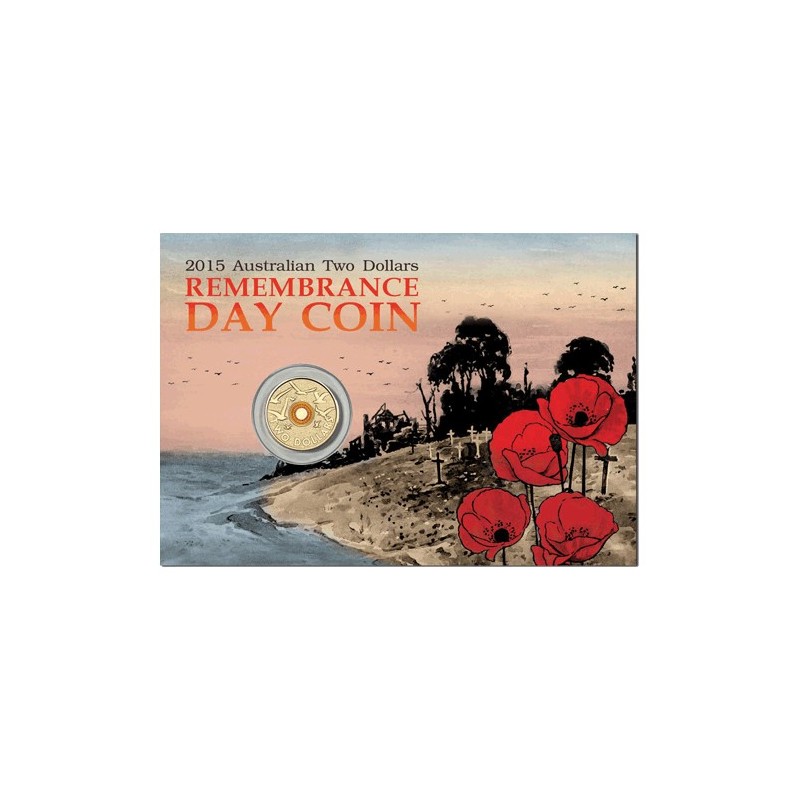 - Struck by The Royal Australian Mint

After perfecting the craft of producing spectacular colour printed coins in recent years, the Royal Australian Mint has just released the nation’s next coloured circulating coin in honour of this special commemoration.

At 11am on 11 November 1918, the Armistice was enacted and the combat across the battlefields of the First World War ceased. After four long years of conflict, the world was once again at peace. Since then, Remembrance Day has held a special meaning in the hearts of Australians.

In honour of this, the Royal Australian Mint has created a new and memorable commemorative coin.

This poignant design features symbolic elements from the poem In Flanders Fields. This coin have distinctive coloured features.

A solemn remembrance of the scene the brave soldiers endured In Flanders Fields.

This is the 5th full-colour $2 type issued.

Struck by The Royal Australian Mint for circulation and sure to be hoarded.