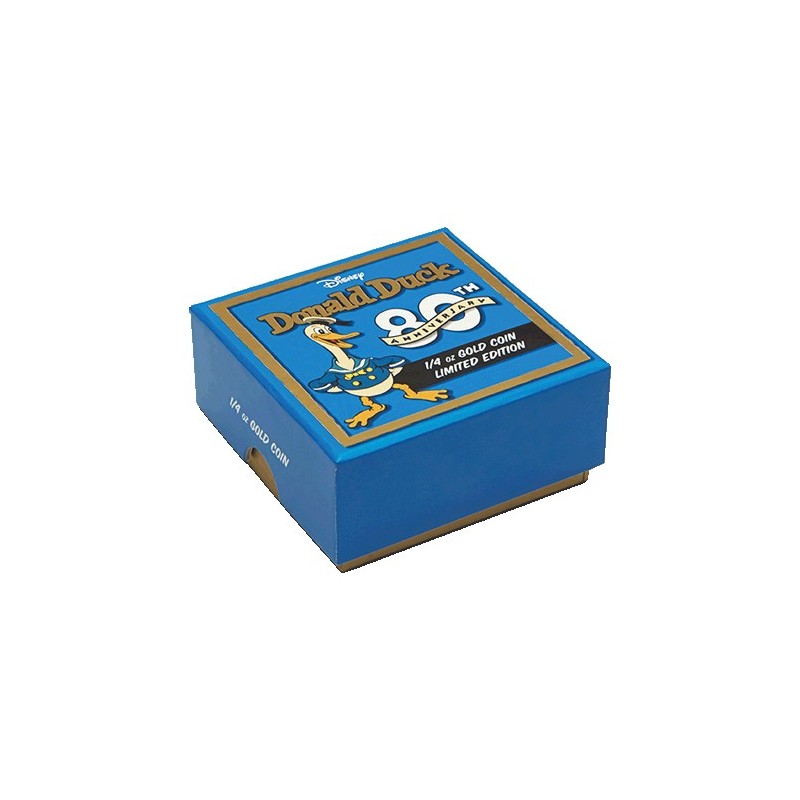 Donald Fauntleroy Duck is one of the most beloved Disney characters, first appearing in The Wise Little Hen, released in 1934.
Throughout the following decade, Donald was nominated for seven Academy Awards, winning an Oscar statuette in 1943.
Donald’s partner Daisy, his uncle Scrooge McDuck, and his three nephews Huey, Dewey & Louie, often feature in cartoons alongside him.

Donald is primarily known for his appearances in comics and television shows.
An immensely popular character in Scandinavian countries, Donald Duck is known by a variety of names such as kale Anka in Sweden, and Aku Anka in Finland.

An anthropomorphic white duck, with a yellow bill and feet, Donald wears a sailor suit with a bow tie.
Famous for his semi-intelligible speech and his mischievous and irritable personality.
Donald has a positive outlook on life and is devoted to his friends.
Viewed as one of the greatest cartoon characters of all time, Donald has appeared in 128 cartoons, more than any other Disney character.

In collaboration, Disney and New Zealand Mint offer these stunning 1oz silver and 1/4oz gold proof coins to celebrate one of Disney’s most beloved characters.

Struck by The Perth Mint and issued by New Zealand Mint as legal tender under the authority of Niue Island, only 10,000 1oz silver and 1,000 1/4oz gold proof coins will be released worldwide.

Both coins reverse features a still frame of Donald Duck from his debut film appearance in The Wise Little Hen (1934).
The character is set against a proof quality table with relief engraved housed from this iconic film with the inscriptions Donald Duck, 80th Anniversary.

Each coin in presented in a classic wooden case which sits inside a themed illustrated shipper.
When opened, the coin and Certificate of Authenticity are displayed.