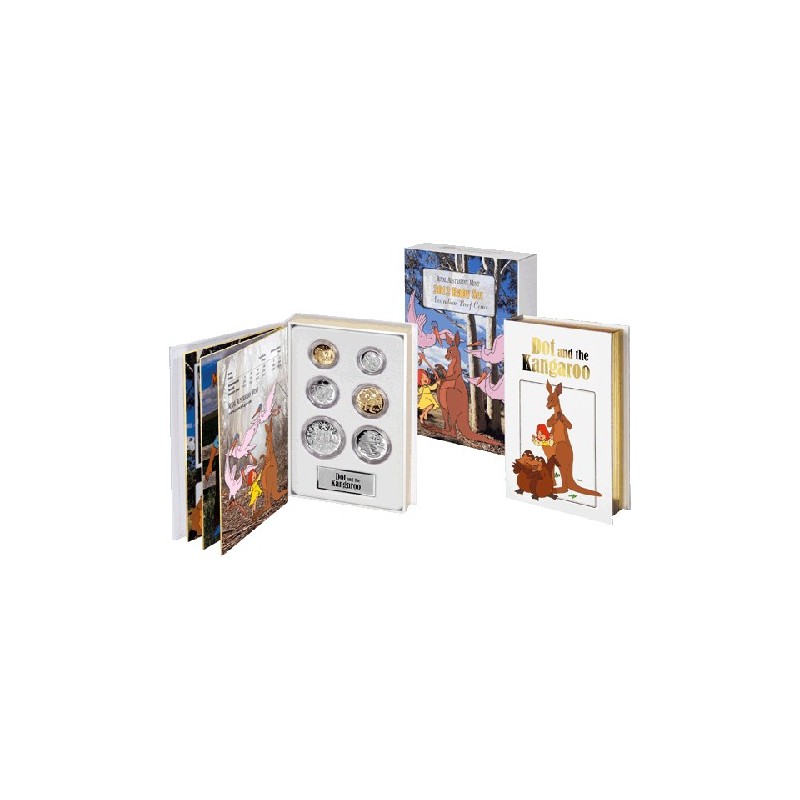 This year The Royal Australian Mint Baby Sets will feature Dot and the Kangaroo theme from 2012 to 2014.

This year The Royal Australian Mint Baby Sets will feature Dot and the Kangaroo theme from 2012 to 2014.

This children’s book was originally written in 1899 by Ethel C Pedley and follows the adventures of a girl named Dot who gets lost in the Australian outback.

This classically Australian book is part of our nation’s character and follows the tradition set by previous baby sets which depicted quintessentially Australian characters such as Blinky Bill, Snugglepot and Cuddlepie, and The Magic Pugging

In keeping with the Baby Set tradition, the proof set will include a specially pad printed medallion depicting a typical Dot and the Kangaroo image as well as all six standard circulating designs individually pressed and polished to a mirror finish.

In 2012 the set will be presented in a newly designed book style presentation case, along with enough space to personalise this coin set with a photo and a family tree.