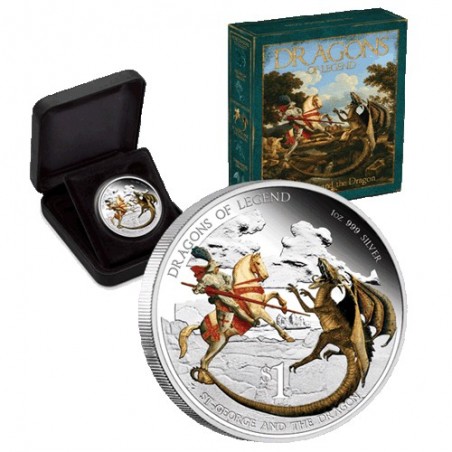 Focusing on five dragons from different mythologies, this beautiful series showcases these amazing mythical creatures. This coin program will raise a sum of 425,000 as charity funds for UNICEF-Australia. Struck by The Perth Mint from 1oz of 99.9% pure silver to proof quality, this coin is issued as legal tender under the authority of the Government of Tuvalu.

Saint George, the patron saint of England is a Christian martyr who is believed to have lived between 275-303AD.

The famous legend of St George tells the tale of a plague-bearing dragon. Set in the town of Selene, the townsfolk fed the dragon sheep to appease it, but when they ran out of sheep they drew lots to see whose children would be sacrificed instead. The day came when the King’s own daughter was selected.

The Princess, dressed as a bride was sent to her doom, but St George, who happened to by riding by, rescued the girls, slew the dragon, and had the town convert to Christianity.
On the site where the dragon died, the King, in gratitude, is said to have built a church. 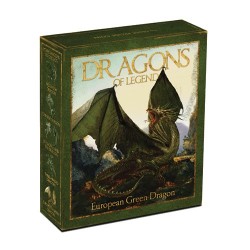 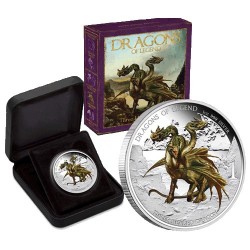 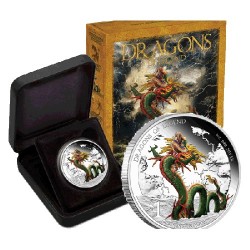