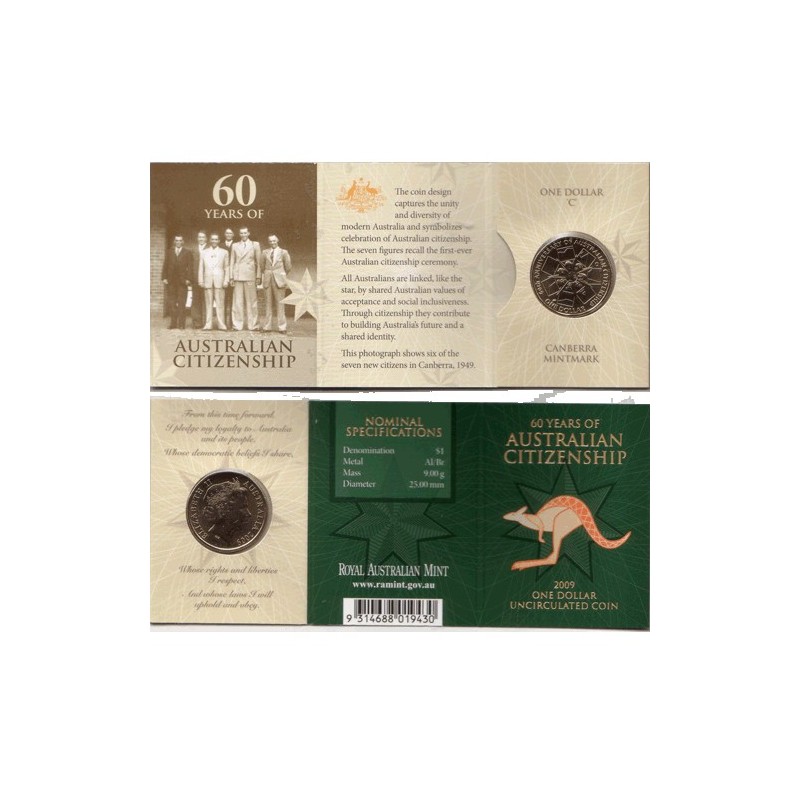 In 2009 we celebrate the 60th Anniversary of Australian Citizenship.

In 2009 we celebrate the 60th Anniversary of Australian Citizenship.

This aluminium bronze 25mm 9gram coin captures the unity and diversity of modern Australia and symbolizes the celebration of citizenship, commitment and pride in being Australian.

The packaging displays a photograph taken in 1949, of six of the seven new citizens in Canberra.

Since 1949 more than four million people have become Australian citizens.